Colter’s Revenge has had a bit of a makeover with editing (a huge thank you! to author/editor Sloane Taylor for her magnificent help with some of the chapters) and CR has a gorgeous new cover (compliments of Talina Perkins ~ Bookin’ It Designs). 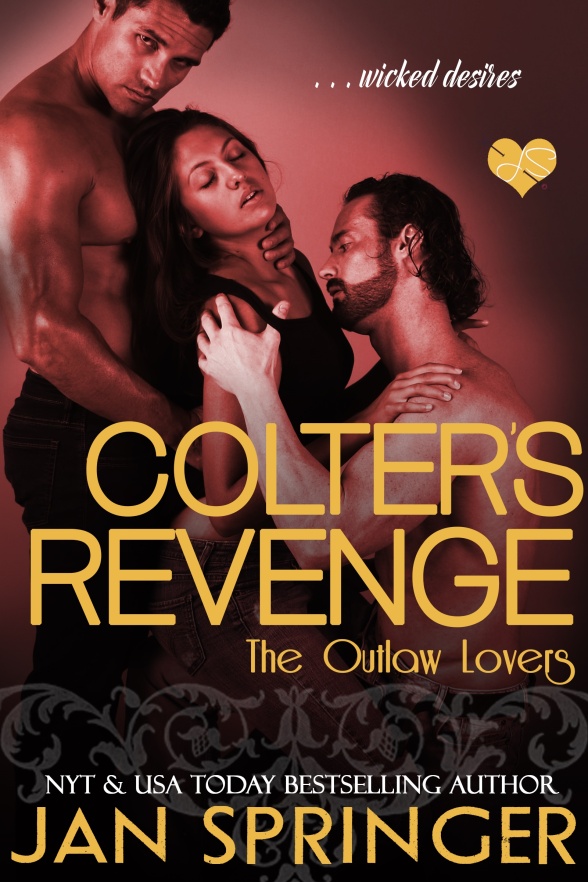 A fast-acting virus has killed a majority of the world’s female population. With so few women on Earth, a new law is created. The Claiming Law allow groups of men to stake a claim on a female—as their sensual property. The Outlaw brothers are returning from the Terrorist Wars fully intent on declaring ownership of the women they love…and they’ll do it any way they can.

Revenge belongs to Dr. Colter Outlaw when he unexpectedly reunites with the beautiful woman who broke his heart during the Terrorist Wars. Capturing her and collaring her, he seduces her, fills her with wicked desires and naughty cravings for a delicious ménage. Fully intent on breaking her heart and walking away, Colter’s plans unravel when he submits to the carnal pleasures Ashley gives him so freely.

Colter had told her he loved her. He’d whispered promises of rescue from her life as a slave, but when he’d suddenly disappeared, she’d been devastated. Infected with a version of the X-virus that leaves Ashley Blakely sexually excited on a daily basis, she has come to Pleasure Palace to bid on a cure for her illness. She never expected her Outlaw Lover to be there and screw her plans. Nor did she expect to give him her heart and body so easily…

Other Books in The Outlaw Lovers series

can be found in “The Outlaw Lovers” 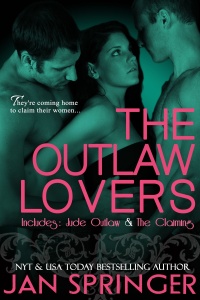 A fast-acting virus has killed a majority of the world’s female population. With so few women on Earth, a new law is created. The Claiming Law allow groups of men to stake a claim on a female—as their sensual property. The Outlaw brothers are returning from the Terrorist Wars fully intent on declaring ownership of the women they love…and they’ll do it any way they can.

When Cate Callahan learns Jude is coming home from the Terrorist Wars and is ready to claim her under the new law¬¬—with the help of his four brothers—she steals their boat and escapes to the high seas. Unfortunately, her runaway bid for freedom doesn’t last long.
Quickly capturing his lover, Jude rekindles the flames and seduces Cate back into his bed. But Jude holds a secret that could make him lose Cate forever…

Seeking refuge from the Claiming Law, Callie Callahan hides in a deserted cabin in the Maine woods and is shocked when her ex-flame finds her. She’s always craved being in Luke Outlaw’s arms. Tasting him. Touching him. Taking him deeply within her. So, what’s a girl to do but to delve into the sinful delights he offers.
Luke has finally reunited with the love of his life. He knows there is only one way to keep Callie safe and with him forever. He’ll do it with the help of his three brothers and an assortment of naughty toys.
Rekindling the flames between them, he unleashes Callie’s sensual side, taking her in ways she never dreamed possible, all with the ultimate goal of introducing her to the Outlaw Lovers and The Claiming. 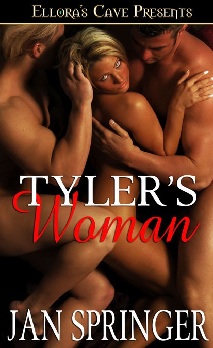 Laurie Callahan has always experienced red-hot pleasure and passionate love in Tyler Outlaw’s arms. But when he’s pronounced MIA, presumed dead in the Terrorist Wars, her world is shattered and her heart broken. For years Tyler Outlaw and his best friend Hunter Brown endured brutal torture and worse in a terrorist prison. Finally free of their hell, they return home intent on seducing Laurie into their erotic-filled fantasies.

Shocked to discover Tyler is alive and he’s taken a male lover, Laurie is thrust into a sensual world of sizzling seductions, scorching ménages and the carnal desires that both scarred men crave. But she fears Tyler won’t want her when he discovers she’s not the same woman he left behind.
Reader Advisory: Contains references to non-consensual sex. 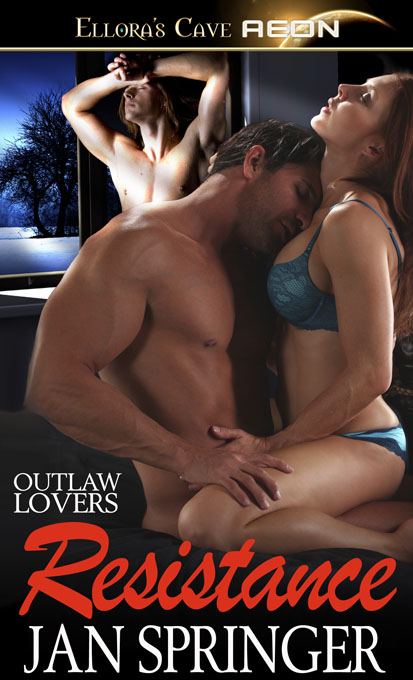 Renegade Resistance leader Reena “Red” Wilde is in for the fight of her life when she experiences an erotic attraction to the two most dangerous men she’s ever met.
Black ops assassin…
Months ago, Will “Blade” Smith spent one sizzling evening in the arms of a red-haired seductress. Now she’s his next assignment. One look into her gorgeous eyes and he’s wrestling his heated cravings all over again.
Bounty Hunter...
When Cade Outlaw nabs his bounty, sexy-as-sin Reena Wilde, his profession dictates she’s hands-off. But he can’t ignore the magnetic sparks between them…or that she is the biggest temptation of his life.
Resistance is futile…
After Reena escapes Cade and Will and falls prey to a band of evil hunters, she’s grateful her sexy hunks come to her rescue, and in return, saves their lives. Trapped in a solitary cabin during a wicked snowstorm, she can’t resist her two well-hung studs, nor can she deny they’ve claimed her heart.